There would be viruses in space 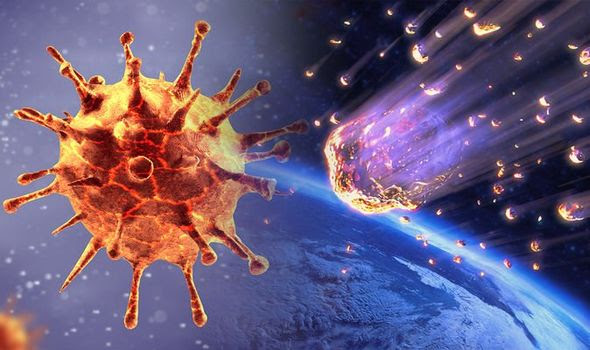 In his book “Astronomy of the Strange” published by Belin in February 2021, the astrophysicist Yaël Nazé, discusses theories that viruses, including coronavirus, would come from space. An article relating to this theory was submitted to the journal The Lancet at the beginning of the pandemic in 2019 but was not published.
This argument linking viruses and extraterrestrial origin takes its source in the theory of panspermia, which appeared in Antiquity but especially in the XIXth century with the Swedish chemist Jön Jacob Berzelius and the physicist Lord Kelvin, who maintains that life on Earth is the result of extraterrestrial contamination via meteorites and comets. This theory is based on the observation that some organisms survive the conditions of life in space and could then contaminate the planets on which they crash, allowing life to develop in new environments.
According to the adapters of this theory, life is born in interstellar clouds in the form of bacteria or algae and these molecules will then seed the planets on which the comets that carry them fall. The contribution of the Earth would then be only to diversify and complexify their structure to make them evolve towards the living organisms that will gradually develop on Earth. Two notable incidents have supported this theory of extraterrestrial viruses in the 20th century.
The first took place in England in the 1930s. The director of an observatory in the south of England noticed that the silver gelatin of photographic plates had been eaten. An aquatic bacterium was incriminated because rainwater was used for photographic development and the switch to spring water reduced the phenomenon without making it disappear. After a strong deterioration noted in 1948, the systematic disinfection of the spring water allowed to solve the problem.
The director of the observer wishing to know the origin of the phenomenon had samples of contaminated water analyzed and was able to identify the bacteria responsible for the attacks at the different periods concerned. It is a known bacterium but in a much more aggressive version. By analyzing the dates when the degradations occurred, he discovers that a solar storm systematically occurred shortly before the phenomenon and that Venus was at the same time at a close distance from the Earth. The astrologer concludes that the bacteria was brought from Venus by the solar winds.
Considering the very localized area where this phenomenon appeared, other scientists favor the thesis of a simple evolution of the bacteria already present on Earth. This event has encouraged studies on the possibility of contamination of the Earth’s atmosphere by viruses of extraterrestrial origin, such as influenza, brought back by solar winds, without reaching any definitive conclusions. The second incident concerns the presence of red rain in the Kerala region of India in 2001.
The fact that this rain was preceded by a thud and that initially no DNA was found in the rain samples analyzed, allowed two physicists to develop the hypothesis that a meteor was carrying red cells during the climatic event and that these red cells were dispersed by the wind and the rain. Following these observations, a hypothesis was developed in 2003 by the same scientist to explain the arrival of the SARS virus. He maintains that the virus would vegetate in the stratosphere and would fall on Earth from time to time causing epidemics. For Covid-19, the contamination would be due to the combination of the presence of a shooting star observed in the North-East of China on October 19, 2019 and a weakening of the interplanetary magnetic field, the solar minima, facilitating the arrival of cosmic rays and therefore the arrival of extraterrestrial matter. To date, the only certainty remains that life, at least bacterial, has already been observed in space.
As opposed to viruses contaminating the Earth, scientists are also looking into the question of Earth viruses that could contaminate space during exploration. Viruses can be sent into space from Earth, transported by probes whose components could be contaminated by technicians carrying a virus. For this reason, some spacecrafts are disintegrated before they come into contact with a planet, like the Cassini probe destroyed when approaching Venus.
For spacecraft destined to land on extraterrestrial soil, a very sophisticated decontamination process has been instituted in order not to contaminate another planet and to make the analysis of living extraterrestrial organisms more reliable so as not to confuse them with micro-organisms brought back from Earth. Similarly, astronauts in space carry inactivated viruses with them. Like any human being, the astronauts’ organism contains a microbiota made up of bacteria and viruses that they carry without being contagious or sick. Astronauts’ microbiota have been particularly studied because if viruses are inactivated, certain situations can reactivate them and induce complications.
These include situations of stress, conscious or unconscious, generated by space travel and the deregulation of the immune and endocrine systems linked to the conditions of space travel, different from those on Earth, such as gravity or exposure to cosmic rays for example. The stress factor, much more developed in space than on Earth, is mainly related to the difference in gravity to which the body is subjected and which requires continuous adaptation. It is possible to consider that the more a trip and a stay in space can be done with a gravity close to that of the Earth, the less the stress factor will play and the less the risk to see the symptoms of a virus will be present.
For example, studies have shown that among the viruses most present in space are those of herpes and chickenpox, but that these reactivated viruses do not cause symptoms in the carriers. These studies also showed that the duration of the mission affected the probability of viruses developing during the mission. In order to limit the risk of developing a virus, astronauts are advised to vaccinate themselves against certain viruses before departure, such as chickenpox, and to avoid contact with people at risk for a certain period of time after their return.

These precautions are and will be particularly applied for explorations of the planet Mars, a planet that has probably already seen the emergence of a form of life. Future missions to bring back samples from the planet for study will have to follow a very specific protocol to ensure that they do not contaminate the Earth’s atmosphere with possible Martian bacteria or viruses.

This risk could be real because the spacecrafts sent into space are not yet able to analyze the samples collected to know if they contain a virus or not. The other difficulty is to recognize an extraterrestrial virus, because it is not certain that it resembles an already known terrestrial virus, composed of nucleic acids in particular, nor that it is possible to analyze the host that carries it in order to be able to precisely identify the virus and the way it develops. In any case, finding the presence of an extraterrestrial virus would prove that life existed on Mars because the virus needs a living host to develop, but before that it would be necessary to make sure that it is not an imported virus.
Share on
Facebook
Twitter
LinkedIn
Pinterest 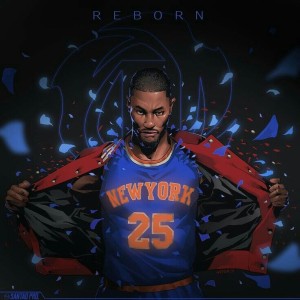 There would be viruses in space

Home » There would be viruses in space