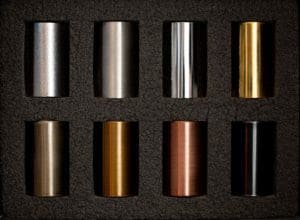 When the topic of tin comes up, many people think of baked beans — well, maybe not the beans, but the tin they come in.

Tinplate is a major consumer of metallic tin. However, due to technological development over the decades, many tins are now coated with resins. Those that still use tin are operating on such thin coatings that tin prices are hardly a cause of inflation for your stable pulses.

By far the more critical application for tin is as solder for the electronics industry and semiconductors in particular. Hardly a single item of electronics operates without some amount of tin solder. The industry consumes around half of all tin consumed globally. Anyone tracking the commodity price charts — which is pretty much all our readers — will be well aware that the tin price has been rising relentlessly for the last year. The price has had its steepest climb over the last six months, as speculators and trade buyers have scrambled to get ahead of the curve.

Reuters reports the London Metal Exchange (LME) three-month tin price hit a 10-year high of $30,650 per metric ton on Tuesday. The metal is at such a strong backwardation that the cash price is around $2,000 per ton higher, in a prompt delivery squeeze.

Inventory is super low, Reuters reports. There are just 1,235 tons of tin in LME warehouses, most of it earmarked for physical load-out.

Reuters reported the remaining 360 tons represent around eight hours’ worth — yes, you read that correctly — of global consumption, based on 2019 refined tin demand of 359,000 tons.

Due in part to depletion of global stocks and hampered by global logistics delays widely reported by ourselves and others, physical supply chains to European and North American buyers are depleted.

Metal in Rotterdam is commanding a $1,000-$1,300 per ton premium over an already backwardated LME cash, the post reports. Baltimore metal is even more expensive, assessed at a premium of $1,800-$2,150.

The World Bureau of Metal Statistics (WBMS) reported a surplus of 2,200 tons during January to March 2021 period this year based on trade statistics. However, the International Tin Association (ITA) is reported by Reuters as estimating the market to have been in a supply deficit for five of the last six years to the collective tune of 28,000 metric tons. ITA is expecting another 2,700-metric-ton deficit this year, a position supported by the rundown in physical inventories.

Tin versus other base metals

Tin differs from other base metals in a number of ways.

Its smaller volumes and geographical concentration have dissuaded participation by major multinational miners. Output is mostly in the hands of nationalized operations like Indonesia’s PT Timah and many of China’s producers (with the exception of the largest, Yunnan Tin).

Swing production comes from the artisanal mining sector. Tha sector accounts for some 40% of global tin production and responds well to rising prices.

Output, therefore, will likely increase in response to the current high prices. However, that may not be visible for a while, as material works its way through the supply chain.

The WBMS’ positive reporting of a Q1 surplus may be a reflection of volumes picking up on trade data before it has any significant impact on trade prices.

But if so the rundown in inventories since the last tin surge in 2010-11 will take some considerable time to be replenished. Furthermore, demand continues to increase, as semiconductor output rises relentlessly, due to the global recovery but also the investment pouring into electrification and renewables worldwide.

It looks tin may be the place to be for some time to come.