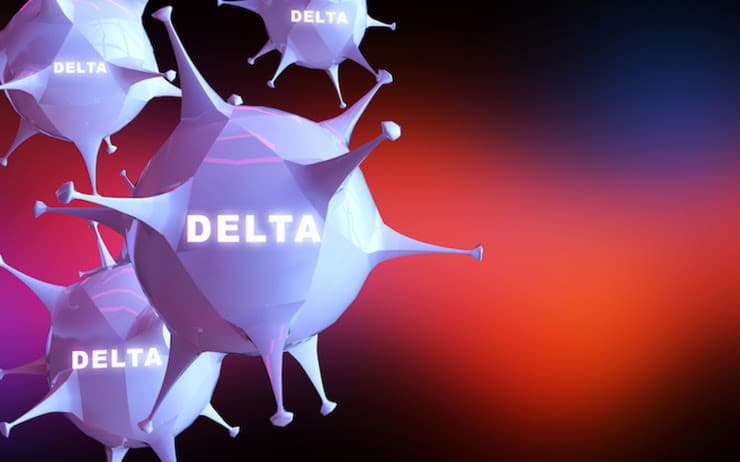 Share on Facebook Share
Share
Share on Twitter Share
Share
Share on Google Plus Share
Share
Share on Linkedin Share
Share
Share on Digg Share
Share
Andrea Smadja- C19 – Tamar news
July 15 2021
Everyone agrees on the next wave that will hit the world because of the Delta variant, which originated in India. After the Brazilian variant, the South African variant, the Delta-Indian variant is breaking through at an impressive speed.
The Delta variant is much more powerful and contagious than the previous variants.
All the politicians, the greatest doctors repeat the same things “vaccinate at all costs, their population must be vaccinated, as soon as possible”, they do not evolve in their policy, they do not anticipate the problems related to Covid 19.
Four weeks ago, the prevailing discourse was “everything is fine, we are in control of the situation, the contaminations are decreasing and we have no contaminations in France of the Delta variant.
Today, the discourse is different, Gabriel Attal declares “we must prepare for a 4th wave” and President Emmanuel Macron wants all French people to be vaccinated.
Abroad, in Spain, Portugal and England, it is the same discourse: “we must vaccinate”, that’s perfect, the vaccine is the only bulwark against this virus which destroys the world since March 2020.

The best solution to stop this virus and its variants is to show solidarity with other nations that cannot afford the vaccines. The best example is India, where less than 4% of the population is fully vaccinated, and only 18% has received its first dose, according to the scientific publication Our World in Data.
Once again, the West is caught with its hand in the cookie jar, the so-called “rich” countries consume more food and throw away half of it while the poor countries starve, always the same old story and the world does not move or so little.

On the other hand, this is likely to change very soon, because if the rich countries do not react, the poor and unvaccinated countries will export even more violent variants that are difficult to treat.

All these variants come from countries that are not rich with very poor populations, South Africa, India, Brazil and Peru. Tomorrow, it could be Senegal, Vietnam, Yemen, Ukraine at the door of Europe.

The WHO, the World Health Organisation, has created a special programme for Covax, the distribution of vaccines in poor countries.
Rich countries have an obligation to donate and vaccinate at-risk populations around the world concurrently with their populations.
This war against this virus is global and has no borders, and rich countries have an obligation to do everything possible to vaccinate their population, but also to participate in the vaccination of the world population.
The virus will be eliminated when 70% of the world’s population is vaccinated, not 70% of the USA, the UK or Israel.
Explanation of the Delta variant:

Much attention has recently been paid to the Delta variant, which has been shown to be a greater threat to public health than previous variants.

Firstly, its transmission rate is about 60% higher than Alpha, which was already 50% higher than the original coronavirus strain.

Delta caused a second wave of fatal infections in India in April and May and has also become the dominant variant in the UK. It has been identified in over 90 countries worldwide, with confirmed outbreaks in the US, China, Africa, Scandinavia and the Pacific region.

UK data shows that unvaccinated people infected with the Delta variant are twice as likely to be hospitalised as those with the Alpha variant.

Studies also show that Delta is associated with different symptoms than previous strains of the coronavirus.

The classic Covid symptoms listed by the UK National Health Service are a persistent cough, fever and loss of smell or taste.

But according to Professor Tim Spector, who is leading the app-based study of Zoe Covid’s symptoms, while fever is still fairly common with Delta, loss of smell is no longer among the top ten symptoms.

Headache, sore throat and runny nose are now the most common symptoms associated with infections in the UK.

According to Professor Spector, this makes the virus more like a bad cold for young people, increasing the risk of them carrying the virus without realizing it – and then infecting others.